Mean Girls, the beloved coming of age film by Tina Fey, was recently adapted into a Broadway Musical. I saw it, and it was totally Fetch. The casting was perfect, the jokes were hilarious, and I found myself crying from nostalgic excitement several times during the show. Much like the film, the musical highlights the importance of self-acceptance and kindness.

The musical is filled with lyrics and quotes that I fell in love with, so in this post I want to outline a few for you. I understand, not everyone can see the musical, but a majority of people have probably seen the film. So, I’m providing film context for each lyric, and some personal notes for clarity. I’m also putting them in the order that they appear on the Original Broadway Cast Recording. If you haven’t seen the film, you should absolutely watch it (but watch it before you read this, because: spoilers).

“So what if all the ducklings think you’re ugly, it’s because they’ve never seen a swan.” -Damian

Song: Where Do You Belong
Context: When Damian and Janis are giving Cady a tour of the lunchroom.
Clarity: It’s so easy to feel like an outcast, especially if you’re different. This statement is an outcast’s anthem, and I absolutely love it.

“What’s wrong with me? Where’s my mind? Where does it end?” -Gretchen

Song: What’s Wrong with Me?
Context: When the Plastics are hanging out, and Regina shows Karen exclusive attention, neglecting Gretchen’s efforts. Gretchen is desperate for Regina’s acceptance, and approval.
Clarity: Gretchen is desperate for connectivity with Regina, and she takes it personally when Regina pushes her away. I can sincerely understand this. I don’t make social connections easily; and I’m constantly asking myself “what’s wrong with me?”, just like Gretchen.

“This is modern feminism talking. I expect to run the world in shoes I cannot walk in.” -Karen

Song: Sexy
Context: Karen is getting ready for, and attending, the Halloween Party.
Clarity: People call Karen dumb, but she is actually very insightful. Sure, she is the “hot one” and she plays the part well. But she is a very kind and clever girl; people just don’t notice it. This statement is clever, and relevant, and makes me giggle every single time I hear it.

“Yes, I look perfect. Ice Queen, that’s what you see. It’s what they all expect from me. But it’s all show.” -Regina

Song: Someone Gets Hurt
Context: Cady is invited to Aaron Samuel’s Halloween party, and Regina realizes that there may be a romantic connection between Cady and Aaron. Regina attempts to manipulate Aaron to get him back; and it works.
Clarity: I believe we are seeing a more human side to Regina here. Regina is jealous and hurt but she can’t show it. Showing pain or vulnerability could be harmful to her “perfect Ice Queen” persona, and she refuses to do that. Therefore, like most bullies, she turns her vulnerability into manipulation. Regina is far too concerned about how people perceive her, and I really understand this — we want the world to think we’re perfect, even if we are falling apart inside. Sometimes our happiness and toughness is all show.

“Cause when you feel attacked, that’s a feeling, not a fact. Don’t jump online and react. You really need to stop.” -Damian

Song: Stop
Context: Cady begins turning into a Plastic, and she starts obsessing over her image, and what other people think of her. Damian is trying to knock some sense into her.
Clarity: EVERYONE NEEDS THIS. We get offended, and we feel an immediate need to jump online and vent about it. This ridiculous social behavior is exasperated by society and social networking, and it causes us to be mean and unnecessarily argumentative. When we jump online and react we are letting our confrontations control us. We deserve better than that. We need to quit being controlled by the perceptions and comments of others. 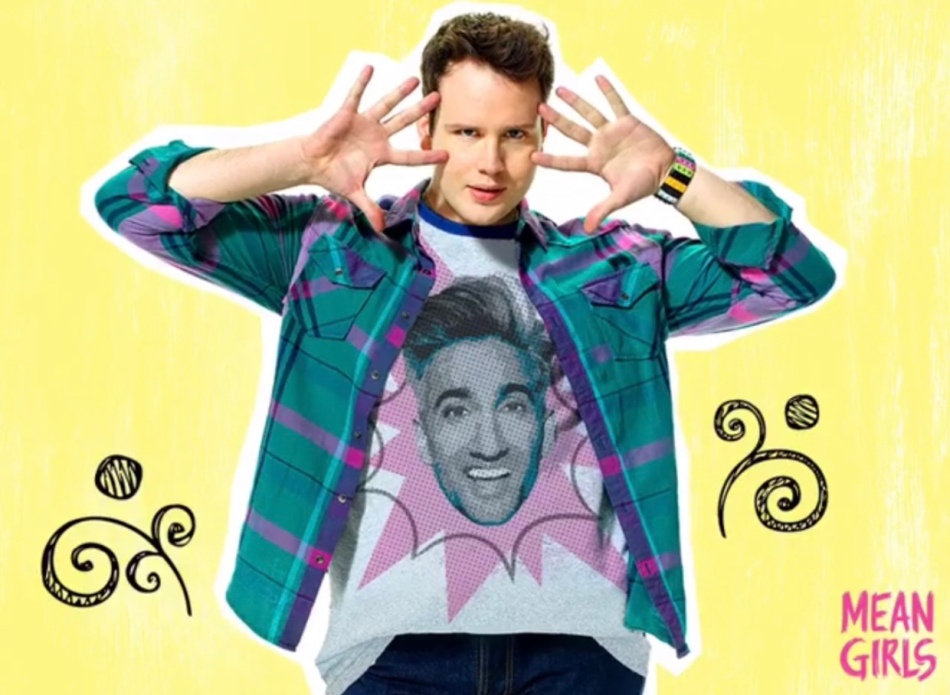 “Here’s my secret strategy, it’s always works because: the world doesn’t end, it just feels like it does.” -Janis

Song: I’d Rather Be Me
Context: After the fallout from the Burn Book leaking. This is part of the “speech” Janis gives when Mrs. Norbury asks all the girls to “share their feelings”.
Clarity: I absolutely adore this lyric, and this song. It’s my favorite number in the musical. When something bad happens it can feel like the world is ending (emphasis on the word “feel”). The world isn’t actually ending, although it might feel that way. Everything is temporary. Life is fluid.

“I don’t need your good opinions. I have plenty of opinions. Everybody has opinions but it doesn’t make them true. What’s true is being me.” -Janis

Song: I’d Rather Be Me
Context: This is part of the “speech” Janis gives when Mrs. Norbury asks all the girls to “share their feelings”.
Clarity: Self-respect and self-perception should be more important than the opinions that other people have of us. But, far too often, we concern ourselves with the opinions of others, and what they think of us. I wish I could be as resilient as Janis.

“Maybe the haters gonna make fun of you. All you can solve is the problem in front of you.” -Kevin

Song: Do This Thing
Context: Mathlete Competition.
Clarity: I couldn’t leave Kevin off this list, and this quote is perfect. Kevin is “a mathlete, so nerd is inferred”. People like to make fun of nerds, geeks, and dorks… but we are totally awesome! 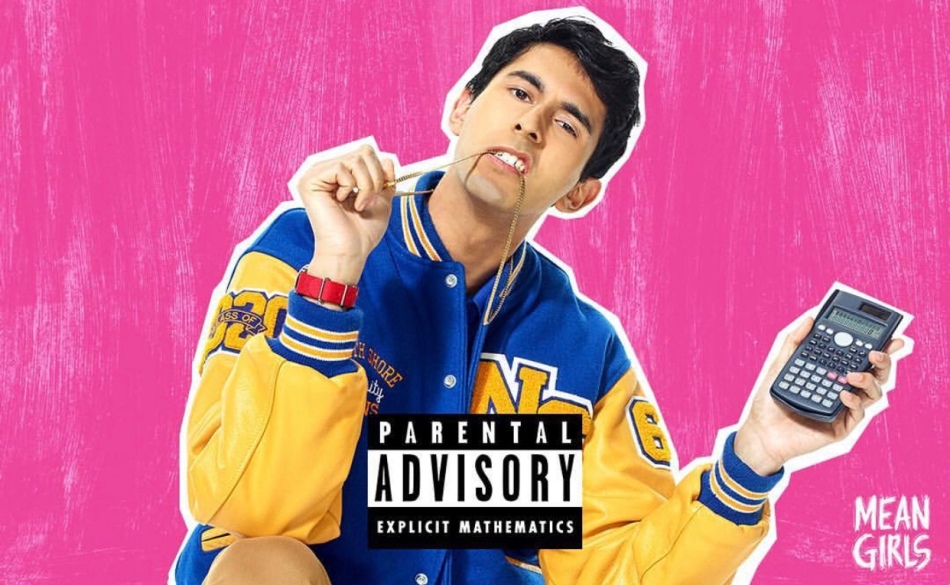 Song: Do This Thing
Context: Mathlete Competition.
Clarity: How much do I love this lyric? The limit does not exist.

Song: I See Stars
Context: Cady’s Prom Queen Acceptance Speech.
Clarity: It’s easy to feel invisible and invalidated in this world. People fade into the background and feel like they are disappearing, or like no one would notice if they disappeared completely. Telling people that they are real, rare, and seen is extremely important.

“It’s me and you, not us and her. ‘Cause if we knew how strong we were. We’d say what we are: Stars!” -Cady
Song: I See Stars
Context: Cady’s Prom Queen Acceptance Speech.
Clarity: In Mean Girls (the film and musical) the girls are always against each other, or competing for something that isn’t really important. Real women, in the real “non-musical world”, do this as well. We gossip behind each other’s backs, and compare our successes to the success of other women. In lieu of that, we need to be kind and support each other: it would make us all stronger. Basically, “calling somebody else fat won’t make you any skinnier, calling someone stupid doesn’t make you any smarter”. So instead of being Mean Girls, we should be supportive and kind girls.

These quotes aren’t on the Original Broadway Cast Recording, but they are so Grool, I just had to add them…

“Sometimes I feel like an iPhone without a case. Like, I know I’m worth a lot, and I have a lot of good functions, but at any time I could just shatter.” -Gretchen

“People say I’m a bitch, but you know what they would call me if I was a boy?” -Regina 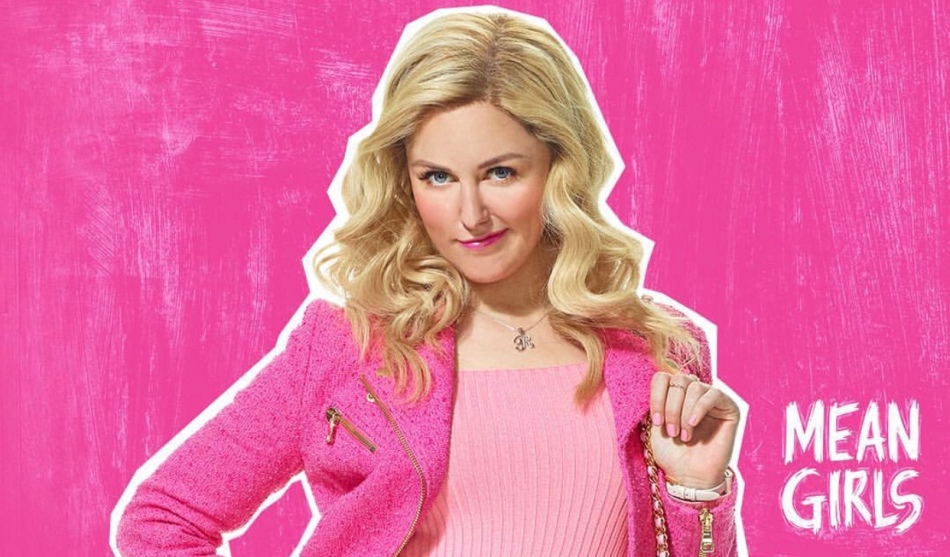 P.S. always remember; “So what if all the ducklings think you’re ugly, it’s because they’ve never seen a swan.”

4 comments on “Lyrics That Made Fetch Happen: Mean Girls the Musical”