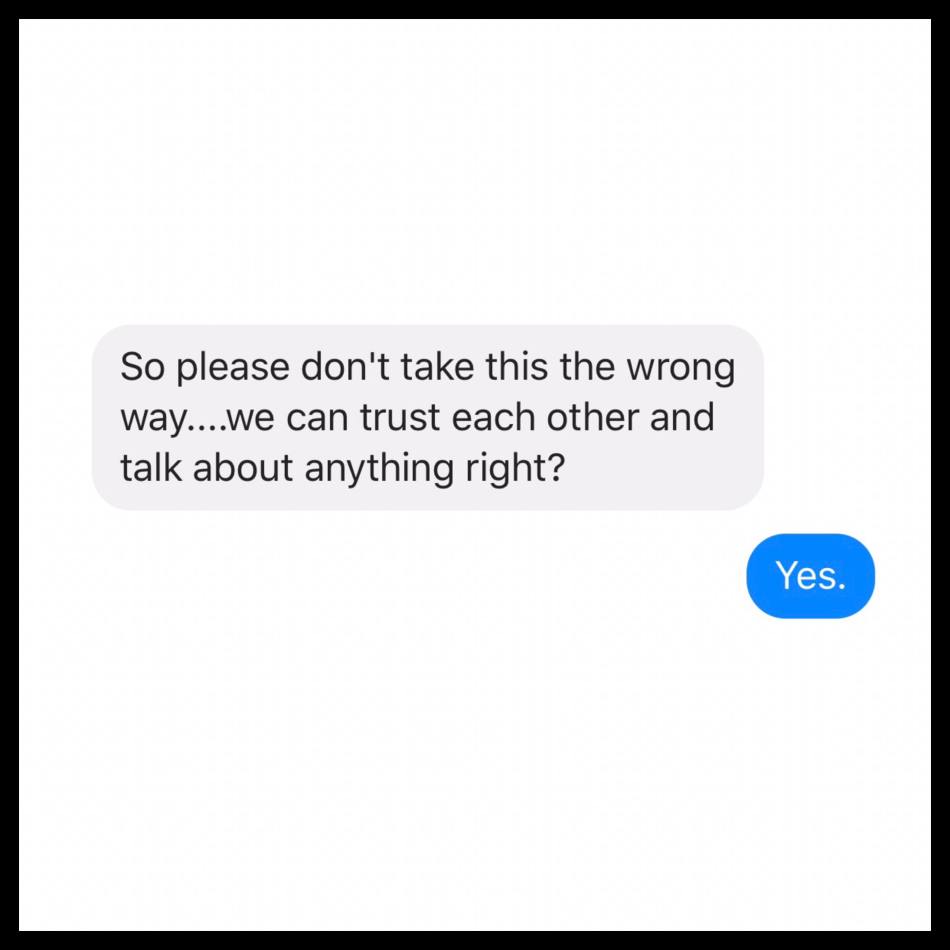 I was ten-years-old the first time I thought about the concept of suicide. I was watching the end of Titanic, the part where Old Rose is talking about her ex-fiancé; Caledon Hockley. Rose stated, “the crash of ‘29 hit his interests hard, and he put a pistol in his mouth that year.” I remember it so clearly, I sat there, in my childhood living room, trying to figure out what that statement meant; “put a pistol in his mouth”. Ten-year-old me had no clue what that statement could possibly mean.

However, at ten-years-old I was no stranger to cinematic suicide, indeed I had seen suicide on film many times before; The Shawshank Redemption is one prime example that comes to mind, the other is Alfred Hitchcock’s Vertigo.

And don’t get angry with my mother for letting me watch such mature films at a young age, you had to know ten-year-old-me to understand. I wasn’t a normal kid… my classmates watched Nickelodeon and Cartoon Network, while I watched Quentin Tarantino and Tobe Hooper. But I had a very healthy and logical relationship with cinema. I never saw any of it as real, I was simply in love with the concept of movie making, and horror films really had a lot to offer. When I watched The Texas Chain Saw Massacre I didn’t see murder, violence, or mayhem, I saw expert special effects, camera angles, and set-design. I spent hours wondering how the outdoor chase scene between Leatherface and Sally was filmed; did someone run alongside Marilyn Burns with a camera, or did they have a sliding camera on a track? Those were the things ten-year-old-me thought about while she watched horror movies.

But there was something about Titanic that blurred that line. Why would Billy Zane’s character “put a pistol in his mouth”? I was so confused.

I mean, I had watched From Dusk Till Dawn, Psycho, The Birds, Scream, and Sling Blade and I had never been phased by anything, not even in the slightest. But that one line in Titanic got me. Why?

After a few days passed I remember explaining the scene to my mother, and asking her why Billy Zane’s character would do that. She attempted to explain the concept of suicide to me, the best that a loving mother could… but it still didn’t add up. Through the years I actually researched suicide rates during the Stock Market Crash and the Great Depression, I really took Billy Zane’s fictional Titanic suicide to heart. I needed to make it logical. It was important to me. I needed to find logic in it. But I never could. I could never get closure. Until yesterday.

You see, yesterday, I was on approximately day-four of a bipolar-disorder-induced-depression-episode; that isn’t a technical term, by the way. When a worried friend texted me…

Friend: “So please don’t take this the wrong way…we can trust each other and talk about anything right?” 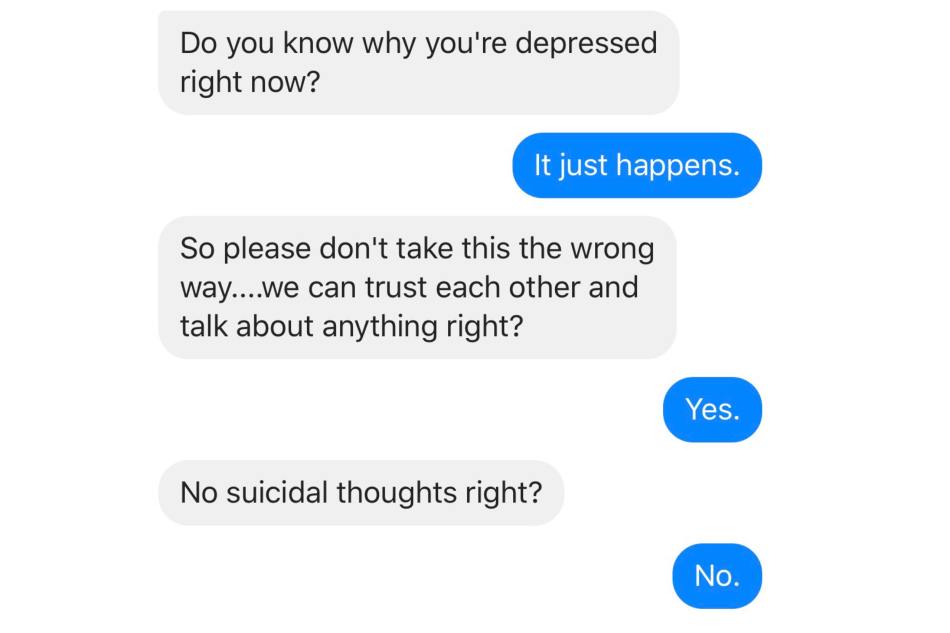 I was shook, and very impressed, for several reasons. First, I was impressed by my friend’s blatant courage, it couldn’t have been easy to ask me that question. Second, I was impressed with my reaction – which you can’t see in the text transcript – but this was, honestly, the first time in my life that I felt like I could give an honest answer. Sure, I’ve been asked this question before, several times, but I always told people what they wanted to hear… I had never actually taken a second to consider the question or answer. But this time I honestly considered the question… and the answer was “No”, a loud, strong, and absolute “No”. No suicidal thoughts… I felt like a weight had been lifted off my shoulders. No suicidal thoughts. At all. Not in the slightest. At the height of my depression there were absolutely no suicidal thoughts. So, I sat there, with my phone in my hand… smiling. My depression didn’t go away… that’s not how depression works… but it didn’t seem as debilitating anymore.

Note: This wasn’t an easy post to write. I’ve never told anyone about my “Titanic conundrum” and I don’t like talking about the parts of me that are vulnerable… but, today, for some reason, this seemed necessary…  Additionally, before posting, I worried if having the word “suicide” in the first sentence would be inappropriate, I considered the ramifications, and questioned if I should issue a “trigger warning”. It’s a slippery slope. But I wrote this post to help heal and enlighten, so I hope it helps people.

11 comments on “The Logic of A Heart Going On”

Leave a Reply to Jen @ The Frozen Mind Cancel reply