The brilliant and beautiful Jessica Lange. American Horror Story fans might know her as Constance Langdon, Sister Jude, Fiona Goode, or Elsa Mars, but now they can add Mary Tyrone to the list.

In AHS: Roanoke the fabulous Kathy Bates plays the role of an actress named Agnes. Agnes is the reenactor playing the role of The Butcher in My Roanoke Nightmare. When Agnes is being interviewed about her role as The Butcher she explains that there have been just two important roles in all of history– Agnes states; “In my mind, there are only two great roles in the American canon. It’s Mary Tyrone in Long Day’s Journey and The Butcher.”

And… Does anyone know who plays Mary Tyrone in the Broadway production of Long Day’s Journey Into Night? I’ll help you out — it’s American Horror Story star herself, Jessica Lange!

My husband and I saw Long Day’s Journey Into Night on Broadway in June of 2016 at the Roundabout Theatre Company in New York, and Jessica Lange’s performance was, indeed, life-altering. Seriously, I can’t articulate words from the English language that could do her performance justice. It was simply unbelievable.

Okay, okay…. so we didn’t get to see Jessica Lange’s brilliant and beautiful face on AHS: Roanoke, but at least she was given a pretty awesome shout-out by Kathy Bates. 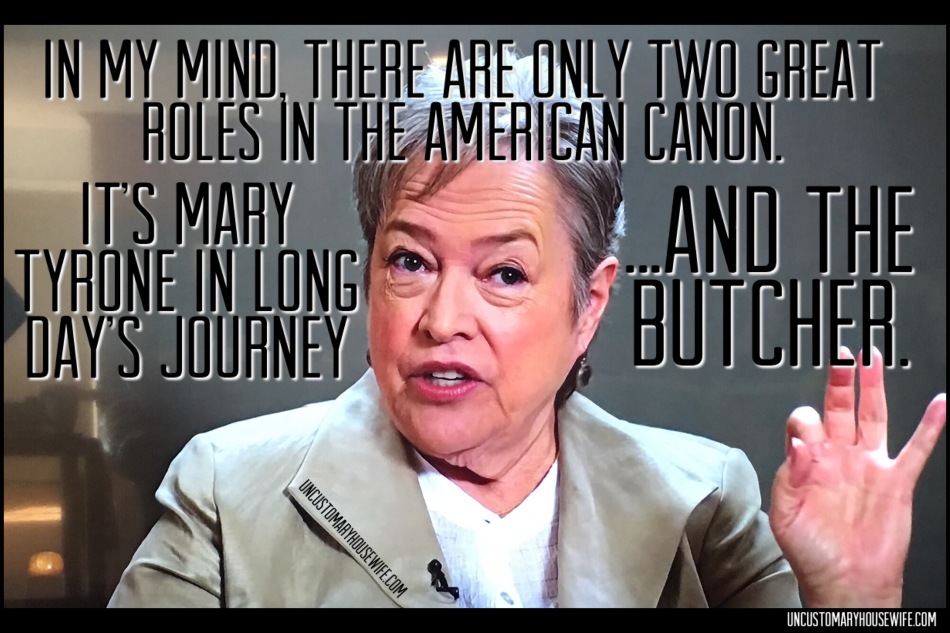 0 comments on “AHS: Roanoke! Jessica Lange Has Been Mentioned”